Activated carbon has proven to be an effective solution for removing aftertaste, odor, chlorine, pesticides and some other contaminants. It is one of the most commonly used technologies for drinking water treatment.

Activated carbon is a black powder or granules made from peat, wood, coal, shells, etc. Coal becomes “active” due to its processing at very high temperatures, which change its structure, porosity and increase the surface area. It is the large area that is an important factor, as it provides more space for the adsorption (binding) of contaminants from the filtered water. A teaspoon of activated carbon can have a total surface reaching the size of a football field. 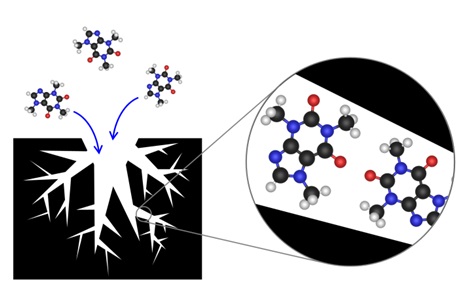 The GAC filters are filled with granulate through which the filtered water flows. You will also recognize them by hearing the sound of spilling coal as they shake.

Carbon blocks are made from ground coal and binder under high pressure and at high temperature. The production process is more demanding and slower. However, compression provides greater variability in filter shape. 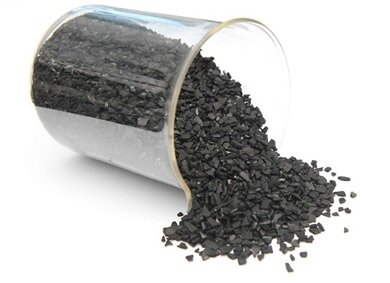 Why a carbon block is a better choice

In case of GAC filters, the carbon in the filter cartridges is placed freely, so that water flows between the granules without the slightest resistance. The uneven pore structure between individual granules reduces the contact time of water with the filter medium and thus reduces its ability to remove contaminants.

On the contrary, the carbon block of ground activated carbon and fixing binder forms a stable uniform unit with evenly distributed carbon particles. The uniform structure of carbon block forces the water to flow through the static pores and increases the contact time of water with the filter medium, which increases the ability to remove contaminants. The larger number of carbon particles (thus the larger contact area) and their uniform structure allow the carbon block to remove or reduce impurities much more efficiently.

For these reasons, granular carbon is usually used as a method of treating “appearance” contaminants, such as taste, odor and color. GAC filters are most suitable in places with high flow requirements but where it is not necessary to achieve drinking water quality by filtration, e.g. for bathing, toilets and other uses. Carbon block filters go beyond the aesthetic improvement of water by removing particles, parasites, volatile organic compounds and other contaminants.

From the customer’s point of view with GAC filters, carbon dust released during their first use can also be a negative factor. This is because the new filters initially release fine dust from the carbon, which causes a slight coloration of the filtered water. Due to its static structure, the carbon block releases only a minimal amount of fine carbon particles during the first start-up. This minimizes the need for repeated rinsing.

Another advantage of carbon block (CB) over granular carbon (GAC) is that the pore size in the block can be minimized to virtually eliminate the growth of bacteria inside the filter. In case of granular carbon, the free bed can provide enough space for bacteria to colonize.

How does carbon block filter work

The basic filtration process is mechanical filtration. The carbon filter acts as a sieve, where particles larger than the pores of the filter are trapped by the filter. Carbon blocks can also mechanically filter particles as small as half a micron (submicron).

Carbon block filters also use physical adsorption. It is a process in which carbon particles attract and retain the pollutants. This absorption capacity is amplified in some cases by catalytic capacity. For example, chlorine dissolved in water is converted to harmless chloride on the surface of activated carbon. 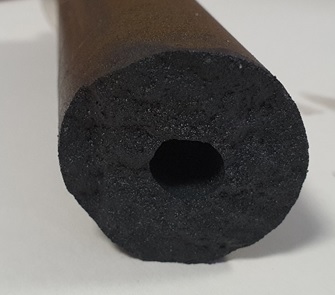